A while ago, Mark Baggett (@MarkBaggett) tipped me off to a technique that he had seen malware using in the wild. He explained that if you could manage to execute an unsigned binary with the same name as a signed binary (but with trailing white space) that it would take on the code signature of the legitimate binary.

I was obviously intrigued. This posed a bit of a challenge though because Windows automatically strips trailing white space from file names. I eventually figured out how to bypass this slight restriction by echoing the contents of my binary using `type` to a path prefixed with \\?\.

For example, to name the file "evil.exe" to "calc.exe   " (note the three trailing spaces), you would do the following:

Great. We now have an unsigned binary with trailing white space. Now how does one execute it? As is demonstrated by the following screenshot, there is no longer a file association with the binary and Windows doesn't know how to load it. 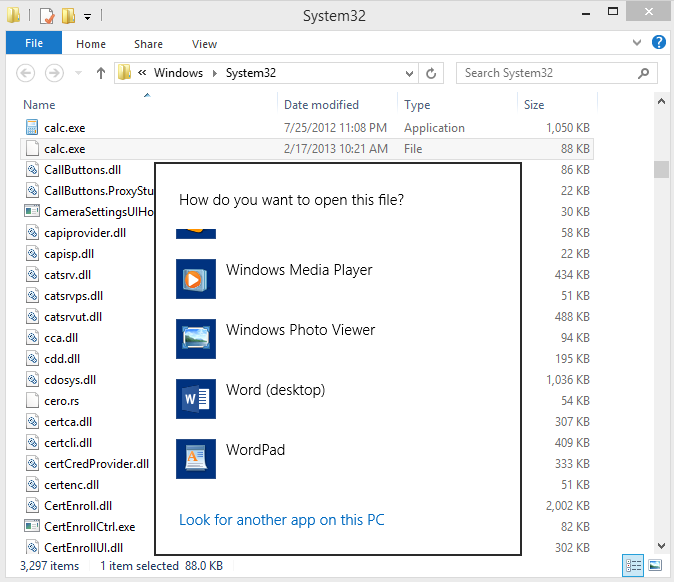 I asked some friends for ideas on how to execute it and Chris Campbell (@obscuresec) had the genius idea to execute it via its 8.3 file name. Trying to call it directly from cmd.exe with its 8.3 file name unfortunately opened the original, signed calc. However, executing it with the Create method of the Win32_Process WMI class worked like a champ! This was accomplished with the following WMIC command:

The following screenshot demonstrates the steps necessary to create a binary with trailing white space and consequently execute it: 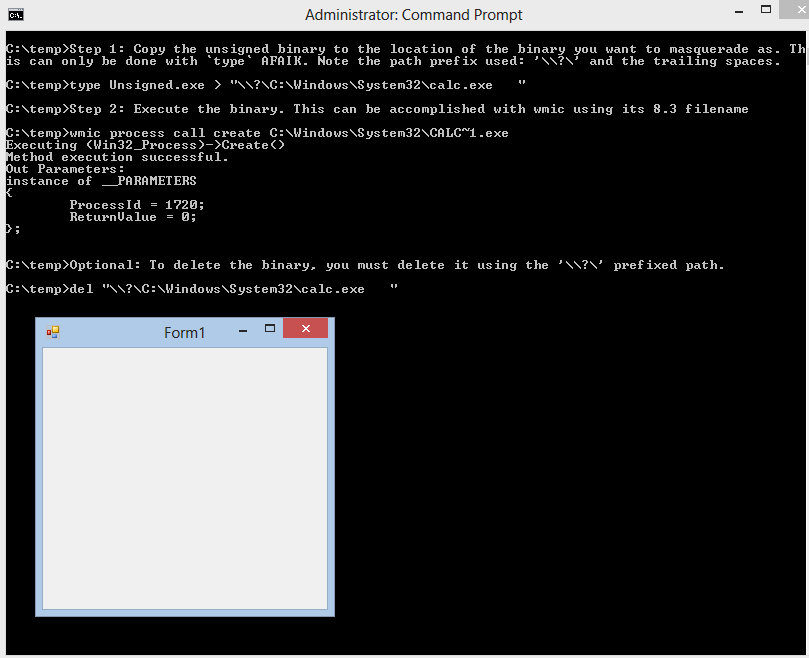 Upon executing the unsigned file masquerading as the original calc.exe, you notice something amusing - when viewed in Process Explorer, the signed calc.exe is mistaken for the unsigned one and Process Explorer mistakenly reports the unsigned calc as having a valid code signature both in the process and module listings. It doesn't take long to see that something isn't right though. For example: the following differences are evident: 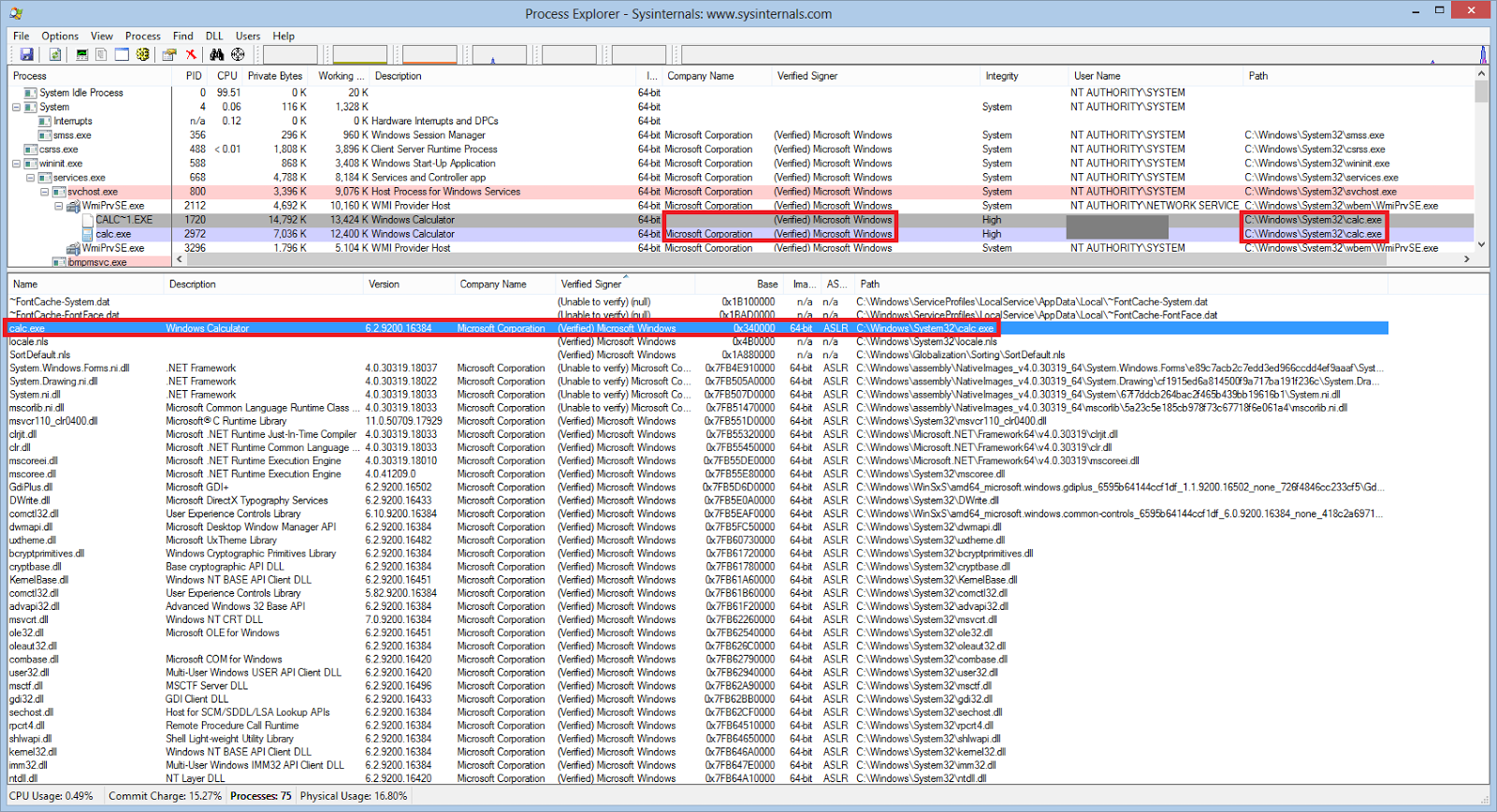 Another peculiarity I witnessed was that depending upon how you referenced the file names, the hash of the unsigned binary differed. Its true hash would only be manifested by referring to its 8.3 file name.

You can download the binary I used in the screenshots here. All it is is a basic Windows Forms .NET executable with the calc.exe icon and assembly information.